Hello there! Following a recent experience I had, I want to discuss why everyone should backup their important data.

It all started when I wanted to upgrade my computer to the new Windows 10 Creators Update. In the past, this has been a fairly seamless process (even if it does take multiple hours to complete). Anyway, the update completed successfully and everything seemed alright. I did notice that my mouse movements weren't as smooth as before so I decided to check my graphics settings. Interestingly, my display was running at 60Hz instead of its normal 120Hz. This prompted me to check my graphics driver and sure enough, there was a new version stating it supported the new Windows update. So, I installed it. I know that your screen is likely to flicker when this happens, but mine was black for at least a minute. Regardless, it eventually came back and everything returned to its former smooth glory. At this point, I realised that I hadn't restarted my computer after the update something which I normally do just to check everything is alright. This is when the problems started to happen...

When my computer began to turn off, the screen starting flashing between black and white, sometimes fading between them. The white would come from random corners of the screen and then go back to black. Eventually, after about a minute my computer turned off. Unfortunately, I didn't take any pictures of this mostly because I had no idea what was going on.

However, when I turned my computer back on it got stuck in a boot loop. It would try to load 3 times and then show the windows recovery screen. I thought startup repair might help, but it didn't. I thought restarting my computer might help, but it didn't. It was only after a few more restarts, and frantically searching through the troubleshooting menu, that I found the option I was looking for: go back to the previous version. At this point, I didn't think this would work. Luckily, it did. 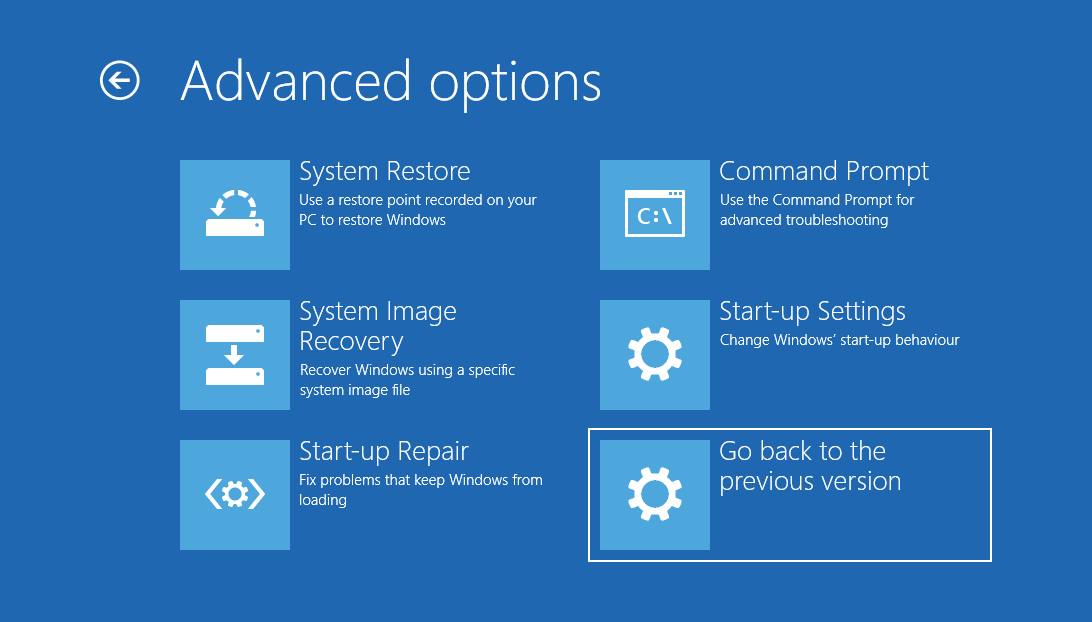 I'm still not entirely sure what caused the problem. Was it the update itself? Was it the graphics driver? I tried to search for my problem online afterwards but nothing came up. I have recently heard that Microsoft is asking people to avoid installing the update, until they are told to, claiming "it's full of bugs".

This experience made me realise that if my computer stopped working for some reason, I wouldn't be able to get all of my projects and other work back easily. I therefore decided that I needed to create a backup. I looked at a few solutions but eventually settled on Crashplan mostly due to its ability to store unlimited data online for about £4 per month, and to keep all previous versions of a file. The setup process was easy and it comes with the added benefit of being able to access any file even if it isn't in my Google Drive.

I hope this has reminded you of the importance of regular backups. Thank you for reading this post.